The idea to initiate the Peace Institute (PI) emerged in the peace movement in the late 1980ies in Slovenia. At the time it was quite clear that Yugoslavia, as a federal state, would be difficult to maintain. The original purpose was to support peace initiatives in Yugoslavia and Europe with specific knowledge, and to do research in the area of ​​ peace studies as the basis for future demilitarization. The founders were acquainted with the work of other established peace institutes, and closely cooperated with the Austrian Study Centre for Peace and Conflict Resolution.

While succeeding to bring into the constitution of 1991 the wording that the Slovenian state, “in ensuring security (…) relies primarily on politics of peace and the culture of peace and nonviolence” the peace movement’s original plan was to establish an institute that would serve as a public institution and practically support such state’s orientation. Yet with the break-up of Yugoslavia, and the beginning of the war there was not enough political will to make such a step. The Peace Institute – at the present time with additional name Institute for Contemporary Social and Political Studies – was thus founded by 13 individuals, as a non-profit non-governmental social science research organisation. Such organizational form has enabled it to merge the critical theoretical reflection as well as empirical and field research with advocacy and activist orientation of many young researchers and activists – and thus to gradually develop into an important constituent of the critical professional public in Slovenia and beyond.

The innovative features of the Institute at that time were not only the organizational structure and the use of progressive technologies, the deliberative management, but also the chosen topics, as well as the personal commitment of colleagues. As early as in 1990-ties the PI could quickly respond to emerging problems, while using new methods such as action research, monitoring of policies and processes, and prompt analyses of the situation. While such flexibility was a certain constraint too, mainly due to insecurity of project based funds – and there was no permanent institutional or program funding provided by the state – it also meant that the institution was prepared to work in the emerging neo-liberalist environment.  From 2001 to 2014 however, the PI was granted an annual institutional support by the Open Society Foundation, which for several years allowed for relative stability, independence and contributed to its present sustainability.

The most important achievements of the PI were born from the integration of critical research and mainstreaming of certain topics, and from systematic work on influencing social and political processes – in particular in the sphere of ​​human rights and their advocacy and related policy areas, while pursuing of democratic standards.

At the beginning of 1990ies, while trying to contribute to ending the war in former Yugoslavia, the PI – together with peace initiatives from the former Yugoslavia – established and maintained a network of institutions, which was already based on electronic connections. The initial projects were in the field of war and violence. Topics relevant to understanding the causes of violence and wars were pursued: (non) equality and discrimination, racism, nationalism, the exclusion of certain groups, and mass mobilization for violence. After the end of the war in Yugoslavia, the dynamics of elements of collective violence and mass crimes as well as the consequences of these crimes on post-war life in the former Yugoslavia and Rwanda were researched. This has led to diversified range of projects that went beyond peace and conflict studies, as for example gender research, intersectional inequalities and ethics of care. First research on feminist movement in Slovenia and the political equality of women took place at PI, followed by critical publications and debates about ethics of care and democratic deficit. The situation of women in the media, migration processes, and specific industries related to prostitution and trafficking in human beings were analysed. A study of (intimate) citizenship and the rights of the LGBT population was carried out, and the first PhD on this subject in Slovenia was written. The Institute has consistently acted as a supporter and advocate of LGBT.

Special attention was devoted to the analysis of political extremism (since 1995) and reports on the intolerance were published after 2001, which empirically analysed the links between racism and intolerance to “other and different”. The National Focal Point of the European Monitoring Center on Racism and Xenophobia (EUMC), the later EU Fundamental Rights Agency (FRA), was and still is located at the PI. In 2015, an independent Council for Response to Hate Speech and the Coalition against Hate Speech were launched which intensified the debate about impunity of hate speech in Slovenia. Additionally, migration and asylum policies, controversies of integration processes, multiculturalism and “securitization” of migrations have been addressed since 2000 – all this in the context of raising inequality of asylum seekers and migrants. During the “refugee crisis” PI was monitoring events, border controls, and extensively analysed the migration policies and criminalization of migration.

One of the greatest achievements of the Peace Institute in the field of advocacy and the fight for human rights was the return of status (rights) to the group of erased people. Based on PI research arguments, the erased won the case at the European Court of Human Rights and were assigned the right to compensation. The first study of erasure was published in 2001 and several books and articles on the situation of the erased people followed. They disclosed and illustrated the facts and seriousness of this extreme deprivation of rights. Together with a coalition of other organizations, PI   legally supported people in the proceedings and brought the case before the European Court of Human Rights.  Two international awards were given to the PI for the work on that case which became known in international environments. The success is a clear proof of what can be achieved in seemingly hopeless situations by engaging research in combination with public pressure and advocacy, while linking practice with theory.

Since the 1990s, the scope of PI engagement were also cultural policies and the media research and policy: a professional magazine and book edition Media Watch were published from 2000-2010, global and regional exchanges of journalists were promoted and minority media and broadcasting programs launched.

Special feature of the PI work was Workers-Punk University which from 1998 to 2013 represented an open self-managed space for critical reflection of many young people, later researchers, activists or politicians, who initiated various institutions, including new political parties (i.e. Levica –  The Left –  with current 10% of seats in the parliament).

PI has been aware of the traps of academic “objectivity” in social sciences and practiced innovative research methods that have strengthened marginalized groups with the involvement and impartiality of research while often organizing concrete help and support. In Rwanda, where collective violence and its roots in intersectional discrimination were investigated in 2007, PI established a women’s self-help organization (Kigali’s Nyamirambo Women’s Center) which became one of the most visible women’s organizations and cooperatives in Rwanda (employing about 50 people).

The link between research and ethos of action, the promotion of rights and the empowerment of unequal as well as innovative methods and influx of young, socially and politically engaged people eager to work in a less stiff environment were crucial elements for the breakthrough and also for sustainability of PI.  Its work awakened both interest, enthusiasm and controversy, with right-wing, populist attempts to delegitimize its efforts.

In the 27 years of existence, PI has fully recruited more than 40 people, younger researchers and PhD students, as well as hundreds of other collaborators. It thus also functioned as a distinctive social enterprise, even if not in the literal sense. In more than 300 national and international projects to date, PI collaborated with numerous institutes and universities around the world.  106 published books (open access, bilingual) offer widely accessible results to scientific and other public. Today, the institute represents quite a stable research and advocacy organization that embodies a critical gaze on the developments in Slovenia, the EU and wider. 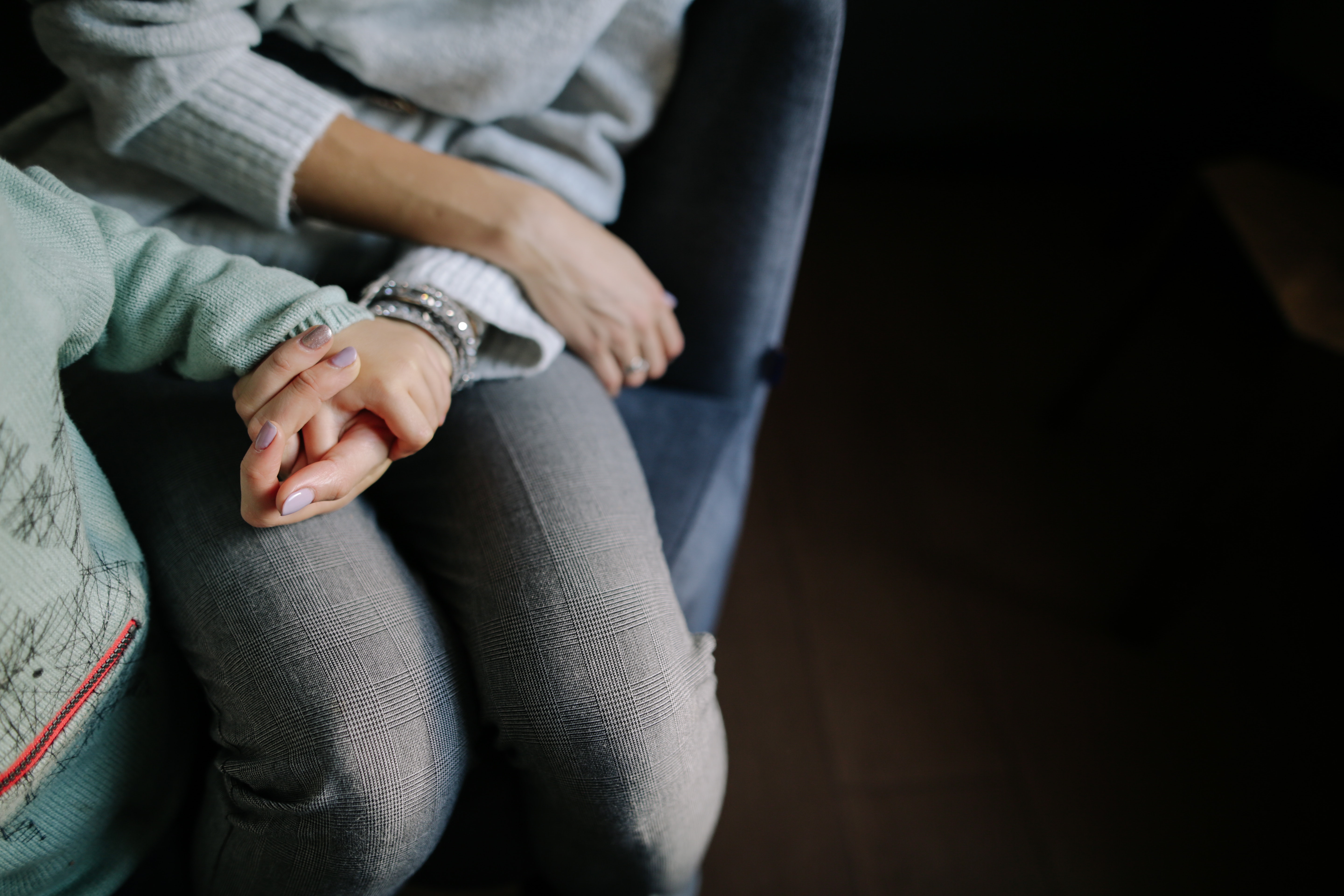 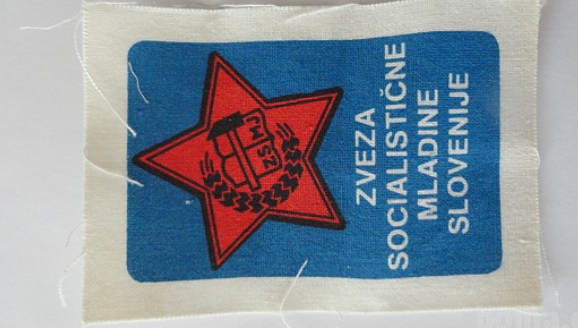